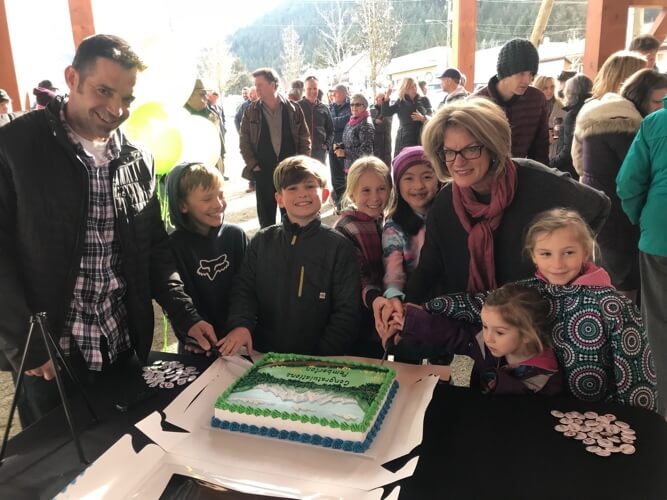 Mayor and Council are pleased to announce that the Government of Canada has awarded $5.3 million dollars from the Federal Gas Tax Fund to the Village of Pemberton for downtown revitalization.  MP Pamela Goldsmith-Jones announced this exciting news this afternoon, at the Downtown Community Barn.

“This investment from the Government of Canada’s the Federal Gas Tax Fund will have an enormous impact on our downtown.  The rehabilitation of our downtown infrastructure network will create a welcoming and vibrant space, encourage investment, support our existing businesses and accommodate future growth and development,” says Mayor Richman.   “We are particularly excited about innovation and climate change initiatives that are included in the scope of the project as they will not only beautify our downtown, but improve our resiliency to climate change.  On behalf of the Village of Pemberton and our community, we would like to extend our gratitude to MP Pamela Goldsmith-Jones and the Government of Canada.”

Funded 100% by Federal Gas Tax Funds in the amount of $5.3 million, the Improving Community Resiliency Through Infrastructure Rehabilitation project will see significant upgrades to roads, stormwater and water infrastructure in the downtown core. Informed by the Downtown Enhancement Plan, and Frontier Street Design Plan, the project scope will include:

The Village anticipates the project to begin in spring 2019, aiming for completion in late fall 2019.